Skip to content
You are here
Home > Football > Opinion: Who Should Win The PFA Player of the Season Award

The 2018/2019 has been one of the best seasons in the Premier League era. It’s a stark contrast to that of last season where Manchester City literally walked away with the league title with a gap of 19 points over their nearest challengers. However, while they are still on course to retain their title this season, it will not be without a fight with Jurgen Klopp’s Liverpool side currently sitting at the top of the table.

The Red half of Merseyside are hoping to win their first league title since 1990. Having added players like Xherdan Shaqiri, Alisson Becker and Naby Keita to an already impressive fold, it’s easy to see why the eighteen times league winners have been able to challenge Manchester City.

The battle for the top four is also heating up with Tottenham, Chelsea, Manchester United and Arsenal all battling it out for the remaining two spots. Spurs shouldn’t have been in this position, having been up there with Liverpool and Man City but recent results mean they have fallen off the title race are currently in a battle to secure a top-four place.

United looked to be out of reckoning as at December, but since Ole Gunnar Solskjaer came in as a replacement for Jose Mourinho, they have won 32 points out of a possible 36 to put themselves back in contention.  The Red Devils also benefitted from Arsenal and Chelsea slump in form. The Gunners and the Blues started the season in good fashion, but have tailed off since December. The battle to avoid relegation is also in full swing with Fulham and Huddersfield looking like dead certs to go down while Cardiff will be hoping their form improves as the season reaches its business end.

Nevertheless, while the focus has been on the title race, top four battle and the relegation battle, we will be taking a look at some players who have stood out this season and who should win the PFA player of the year.

Manchester City’s record goalscorer, 8th highest goalscorer in Premier League history. It’s a travesty that Aguero has never won the PFA player of the year since he arrived in 2011. The Argentina international has only failed to score over 20 goals since he made his debut for Manchester City. However, one could say the fact that Aguero has never played a full season unscathed is why the PFA organizers have denied him the award. But, if he stays fit for the rest of the season and leads Manchester City to their fourth league title, then it would be hard to deny him his first PFA award.

Manchester City players are expected to dominate the nominations list when released because of the ridiculous level of their performances. Raheem Sterling is one of the players to have switched up the gear this season. The England international performances this season is a reward of the shift he has put in and how he has developed his game under Pep Guardiola who is arguably the best manager in the world right now.  The former Liverpool winger who is previously known for his profligacy in front of goal has 12 goals and 9 assists to this season which is why he is one of the favourites for the award.

When the Portuguese international arrived from Monaco last season, he was a fragile player easily bullied off the ball. However, he has adapted so fast that he has become one of Pep’s ‘undroppables. His work rate in the City team is second to none, while his ability to pick a pass in short spaces shows that City have a natural heir to replace David Silva. With five goals and six assists already this season, it is easy to see why City fans believe he should win the club’s player of the season.

Isn’t it incredible how a single player can come into a club and elevate the team to title challengers. That’s the kind of impact Van Dijk has had on Liverpool since he joined in January 2017.  The last time the Reds had a player (Suarez) that made a difference to the entire team, they almost won the league that year. Though you could say this current Liverpool team is a little better than the one Suarez almost led to the title in 2014, Van Dijk’s impact is still close if not on the same level to that of Luis Suarez in 2013/2014 season. According to a report by Talksport in January, before Van Dijk’s arrival, Liverpool conceded 1.2 goals per game but since he joined they have conceded 0.5 goals per game. Since he made his debut, Liverpool have 25 Premier League clean sheets more than any other side in the Premier League in that time. They currently have more clean sheets than goals conceded.

As well as Van Dijk's brace against Watford on Wednesday, Liverpool now have 25 Premier League cleansheets since Virgil's debut, that's more than any other Premier League side in that time. “Watch him defend, And watch him score”.

The Netherlands captain along with the arrival of Alisson Becker has brought stability and calmness to the team. Jurgen Klopp side was famous for their attacking football last season but have ditched that for a more conservative approach because they have a Van Dijk in the defence. Should Liverpool end their elusive wait for a league title, then it will be down to one man, and his name is Van Dijk.

5. Mo Salah: Last season’s winner has proved his critics wrong by picking up from where he left. His current goal tally of 17 is second to only Sergio Aguero (18). However, his record against top six and Van Dijk’s form could count against him as he hopes to retain the prize. The Egyptian has scored just ones in games against top-six opposition this season.

6. Harry Kane: The Tottenham striker with Sergio Aguero has been the only player that has been consistent over the past five years. With 16 goals already o his name, it is hard to see Kane not getting a nomination this season. However, with Spurs title hopes likely to be over, The gong may elude the England international once again unless he goes on a goalscoring run that he is known for as soon as the season reaches the business end.

Honourable mentions to Eden Hazard, Paul Pogba, Alisson Becker, Andy Robertson, Aubameyang and Heu Ming Son who have all had a good season too. 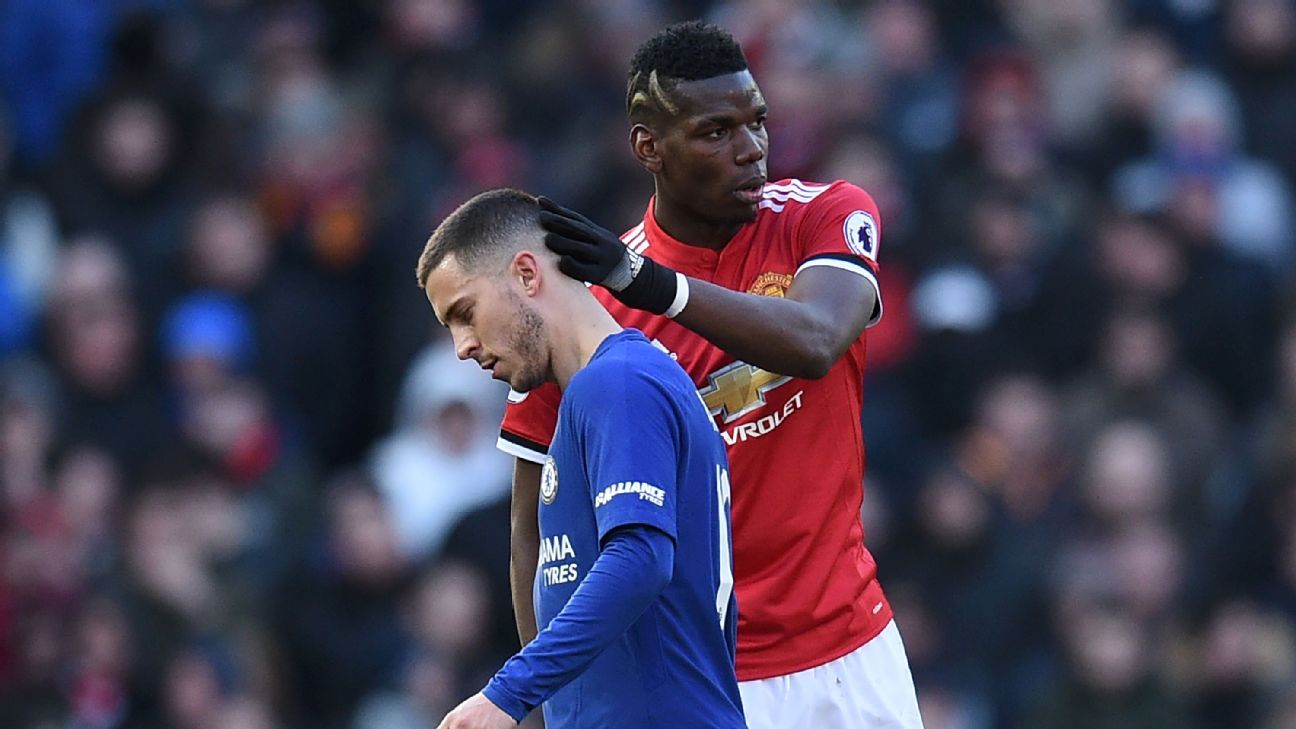 Editor’s pick: It’s hard to look beyond Van Dijk. While Aguero and Sterling have both had a brilliant season, Van Dijk edges it because of how he has transformed the Liverpool’s defence since he arrived. Liverpool have been able to make this title race competitive because they have had a solid defence and that’s all down to the presence of Van Dijk

Do you agree or disagree with the Editor’s view? Please share your thoughts below.